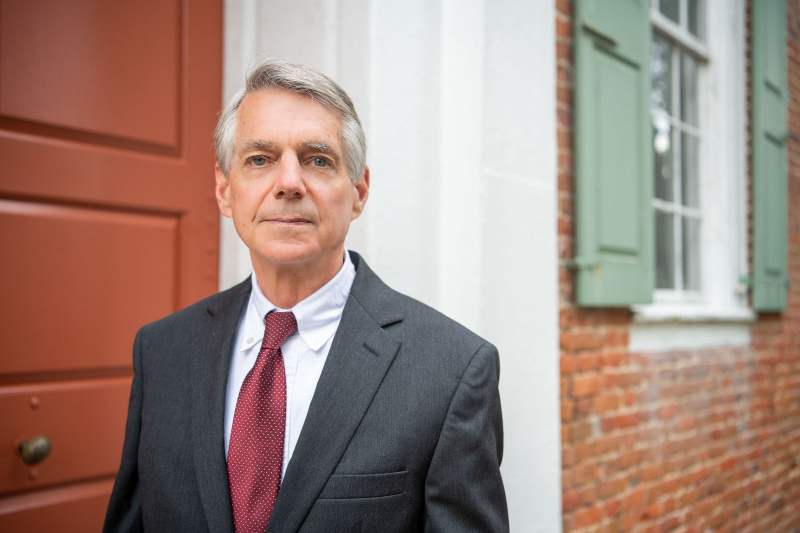 A trial lawyer for over 40 years, Mr. Slaughter has vast experience in civil and criminal trial practice. He began his legal career in 1979 as a prosecutor in the office of the Commonwealth’s Attorney for Norfolk, Virginia. He rose to the position of Chief Deputy before entering the private practice of law in North Carolina in 1989. Following about 15 years of trial work in private practice, he returned to the Norfolk Commonwealth’s Attorney’s office in 2004 as the Chief Deputy prosecutor and later served as the interim Commonwealth’s Attorney. After serving in Afghanistan in 2009 and 2010 in a civilian capacity as a criminal investigator for the Special Inspector General for Afghanistan Reconstruction, Mr. Slaughter returned to private practice as a trial lawyer. His courtroom experience includes well over a hundred jury trials and countless other trials and court appearances in North Carolina and Virginia.

Additionally, Mr. Slaughter served in the U.S. Army reserve component from 1975 until 2009 and retired as a colonel. He principally served in the Judge Advocate General’s (JAG) Corps, but also served in field artillery and civil affairs. Among his awards is the Bronze Star Medal for his service in Iraq in 2005 and 2006.

He and his wife of 41 years have one daughter. He is a member of Christ the Redeemer Anglican Church, through which he has been involved in short-term missionary work in Rwanda. And being a member of the board of directors of the Haitian American Friendship Foundation, he has made numerous short-term mission trips to Haiti. He also serves on the boards of the Park Place School (an urban Christian non-profit school in Norfolk) and the American Foundation for Relief and Reconciliation in the Middle East.